A co-production by the National Opera & Ballet, the Dutch Touring Opera and Opera Zuid.

Touring in The Netherlands in the Spring of 2016 and for Oper Forward in the Stadsschouwburg, Amsterdam on 18th & 23rd March 2016

Dutch director, Monique Wagemakers, studied dance pedagogy and music at the Brabants Conservatorium in Tilburg. She directed an internationally acclaimed production of Madama Butterfly (2006), for the Staatsoper Stuttgart, and working together with dramaturg Prof. Klaus Zehelein, she was nominated for Director of the Year by Opernwelt magazine.

Monique Wagemakers has a long association with the Netherlands Opera, Amsterdam, where she made her directorial debut with Madama Butterfly, followed by Rigoletto, and more recently, a new production of Lucia di Lammermoor at the Muziektheater in Amsterdam. The Dutch National Opera revived this successful  production in 2014.

For her many stagings with the Nationale Reisopera, including Peter Grimes, Fidelio, La Traviata, I due Foscari and Un ballo in maschera, she was awarded the Friends' Prize (Vriendenprijs).

Monique Wagemakers was associate director and choreographer for Strauss's Intermezzo and Arabella at the Glyndebourne Festival Opera. She also choreographed many productions for the Netherlands Opera including Don Giovanni, La Traviata, Salome, Rigoletto, Rodelinda, La Vie Parisienne and Carmen.

For The Nederlandse Reisopera, Monique Wagemakers has directed the world premiere of Katibu di Shon, the first opera in Papiamentu by Randal Corsen based on a novel by Carel de Haseth, which received its premiere on 1st July 2013 in the Amsterdam Schouwburg.

In Spring 2016 she directs a new production of Cimarosa’s Il Matrimonio segreto for Nationale Opera & Ballet in coproduction with Opera Zuid and the Dutch Reisopera. This production will tour in the Netherlands and have performances on the 18 & 23 March 2016 in the Stadsschouwburg, Amsterdam. 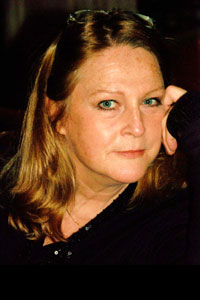